Local cruising to refine self-driving capabilities makes sense not only because the nearly three-year-old startup is a partner with Ford Motor Co. -- its majority investor to the tune of $1 billion. Detroit also is a shakeout site because its "astounding diversity of road types" challenge engineers and the systems they're fine-tuning, Argo president and co-founder Peter Rander posts at his company's blog.

Other street tests are done in Pittsburgh, where Argo is based, Miami, Washington, D.C., and Palo Alto, Calif.

Argo is developing a virtual driver system and high-definition maps that Ford will use in autonomous vehicles it hopes to start making in 2021. Other leading firms doing this type of work include GM, which has a Cruise Automation project, and the Waymo subsidiary of Alphabet, Inc., parent company of Google.

The Argo-Ford collabortaion uses a Fushion Hybrid model with two employees in the front seat. Real-world traffic tests began in Dearborn, near the company's regional center in Allen Park, and recently shifted to Corktown, Campus Martius and other areas that are digitally mapped for the self-navigating system. 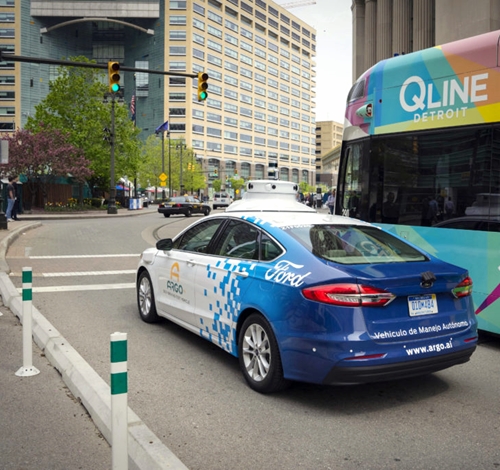 The self-operated Fusion Hybrid cruises around Campus Martius, which has a rotary that flummoxes some human drivers.

"In addition to continuing work in our other test cities, bringing these vehicles to Detroit gives us the opportunity to learn how they operate in yet another environment – one where we have engineering operations in close proximity and where Corktown serves as Ford’s base for self-driving vehicle development," Rander writes.

Unlike Washington, D.C. and its common traffic circles, or Pittsburgh and its famous multi-point intersections, Detroit roads don't have a singular defining feature – the city and its metro area contain all of these and more, with almost every kind of road you can expect to see.

Some Detroit streets are wide and can often have unmarked lanes, presenting our vehicles with the challenge of having to reason through how to navigate while predicting what other drivers may do, so we don't cause unnecessary congestion.

Other residential streets are narrow two-lane roads with cars parked on either side. Combine that with overhanging tree branches, which we don't often see in other urban environments, and you’ve got a very dynamic situation. Add in pop-up construction that's occurring all over the city and you've got a diverse, condensed training ground that really informs our development efforts. . . .

Every city represents a unique opportunity to make our self-driving system smarter because of the exposure to different road infrastructure design, driving behavior and even traffic light placement. The collective knowledge we're gaining by operating in five very different locales is a big part of the reason why we're making great progress.

Argo cites another factor, amusingly, at a "How We Test" page:

Once a self-driving car can handle four seasons of Michigan weather, it will be able to handle almost anything. 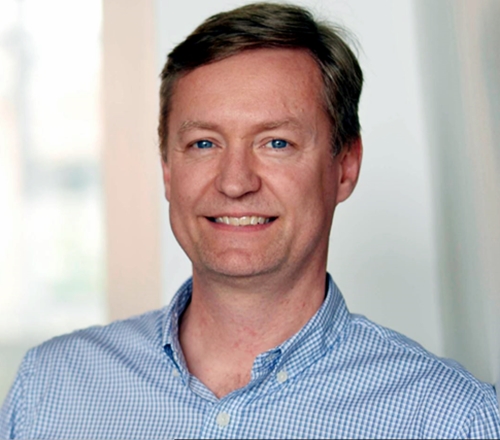 Peter Rander, a University of Detroit Mercy alumnus, sees the city "from a new perspective" as president of a firm partnering with Ford.

For Rander, 49, visiting the local engineering staff is a full-circle homecoming. He grew up north of Grand Rapids and earned a 1991 bachelor's degree in electrical engineering from the University of Detroit Mercy -- later adding a master's in robotics (1993) and a doctorate in that field (1998), both from Carenegie Mellon University in Pittsburgh.

While at UDMercy, he was an intern at General Motors for three summers. "My first experience in the automotive industry involved witnessing how new technology was integrated into cars," he recalls in last week's post. The experience "inspired me to think about how we could take advantage of even more advanced ideas."

"Earlier this month, I had the chance to visit Detroit and see the Motor City from a new perspective when I stepped into the backseat of one of our self-driving test vehicles," his June 12 blog post starts.

Riding through the historic Corktown neighborhood and passing Michigan Central Station on our way downtown, I couldn't help but be struck by this milestone.

Almost three decades after I left the automotive industry in Detroit and began researching computer vision and other self-driving technologies at Carnegie Mellon University, here I was back in my old haunt, experiencing our latest creation as it navigated streets and routed itself past new construction projects. A new form of transportation striving to emerge in a city that’s also in the midst of its own stunning transformation.

In addition to the Argo investment, Ford has committed $3 billion through 2023 to Ford Autonomous Vehicles LLC, a spinoff that will conbsolidate its workforce in and around the Michigan Central Station being renovated by the automaker since its  May 2018 purchase.

► Part two: When autonomous Ford testers in Detroit grab the wheel back -- and why.