The District Detroit security monitoring center, shown in a video below.

When Free Press columnist Nancy Kaffer wanted to ask about that capability, "Olympia Development declined repeated requests for an interview," she writes. Here's why she's interested: 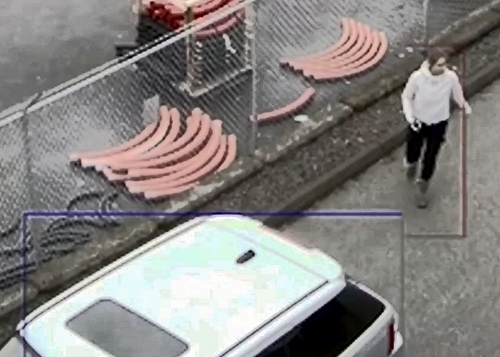 Another frame from the Detroit video below shows the system's identification precision.

Press releases and promotional videos posted on a security contractor's website announced last summer that Ilitch Holdings had installed a security package that includes video analytics in The District, a 50-block area around Comerica Park and Little Caesars Arena.

"Operators can initiate a search for a person by selecting certain specific physical descriptions, including clothing color and gender, to find a person of interest," the company's website explains. "Avigilon Appearance Search technology also incorporates the characteristics of a person's face, enabling the technology to search for the same person, even if items such as their clothing change over time." 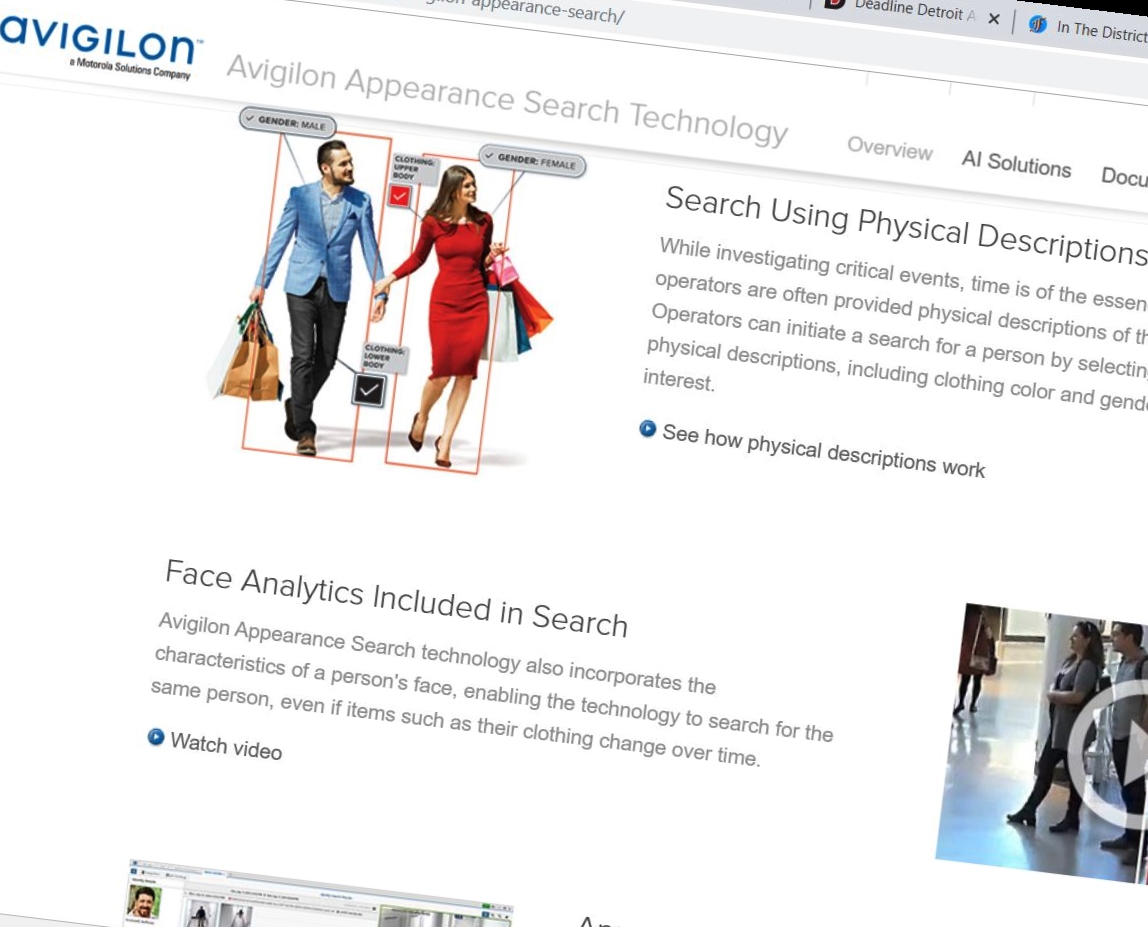 A Motorola division describes capabilities of the 1,600-camera system in The District Detroit.

The columnist lists five "questions I would have loved to ask the executives who run Olympia's security operation:"

Kaffer, who talks about privacy concerns with Rodd Monts of the ACLU of Michigan and Clare Garvie of Georgetown University's Center on Privacy and Technology, concludes:

I want a safer city. But I want to understand how decisions intended to keep us safe are made. And who they have the potential to harm.