To the list of new words, phrases and slang we've all had to learn in recent days, add this: "Zoom-bombing." 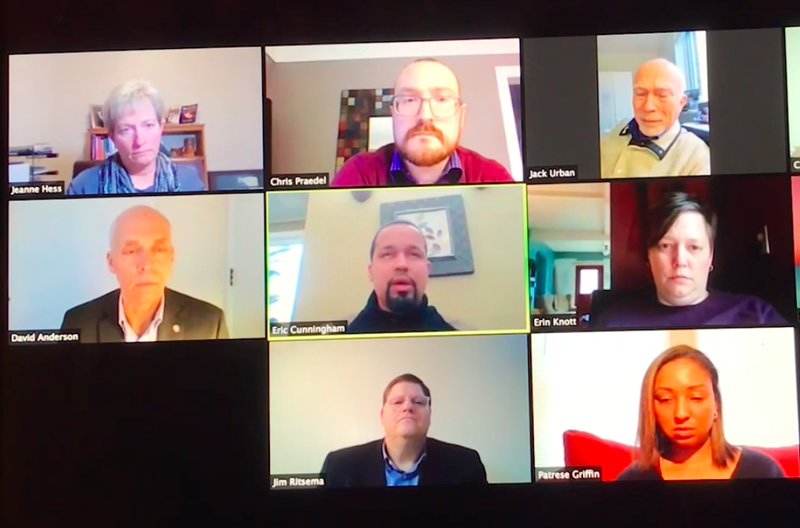 It refers to the disruption or takeover of a videoconference taking place on the Zoom platform. It happens when a link to a Zoom video or audio teleconference is public -- necessary when the conference is discussing public business, as some government bodies have tried to have online meetings while maintaining social distance -- and trolls descend on it.

In Grosse Ile Monday night, the township board of trustees was holding its first online meeting when it was Zoom-bombed during the public-comment portion, according to The Detroit News:

"Should I avoid Chinese people?" the first public commenter asked, Budny said, and Loftus cut him off.

The second man mentioned Asian massage parlors, and Loftus cut him off too.

After the third offered his name as "Dan D---head," Budny said, Loftus ended public comment and called the meeting to a close.

In New York, an online Alcoholics Anonymous meeting was disrupted by a participant "shouting misogynistic and anti-Semitic slurs, along with crass references to drinking."

The Kalamazoo City Commission had the same problem Monday night. In Chicago, Zoom-bombers put up pornographic images during an online press conference.

Earlier this week, the FBI's Boston field office issued a press release warning of the practice and offered tips to head off bombers before they can take over: