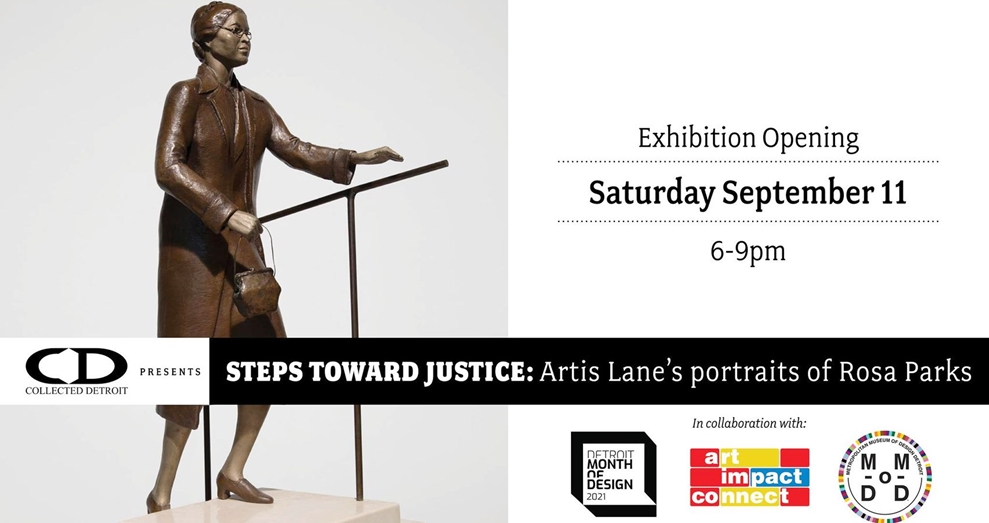 The show, "Steps Toward Justice," features Rosa Parks portraits by Artis Lane, a 94-year-old Detroiter who became a close friend of the civil rights icon. A bronze bust of Parks is in President Joe Biden's Oval Office. 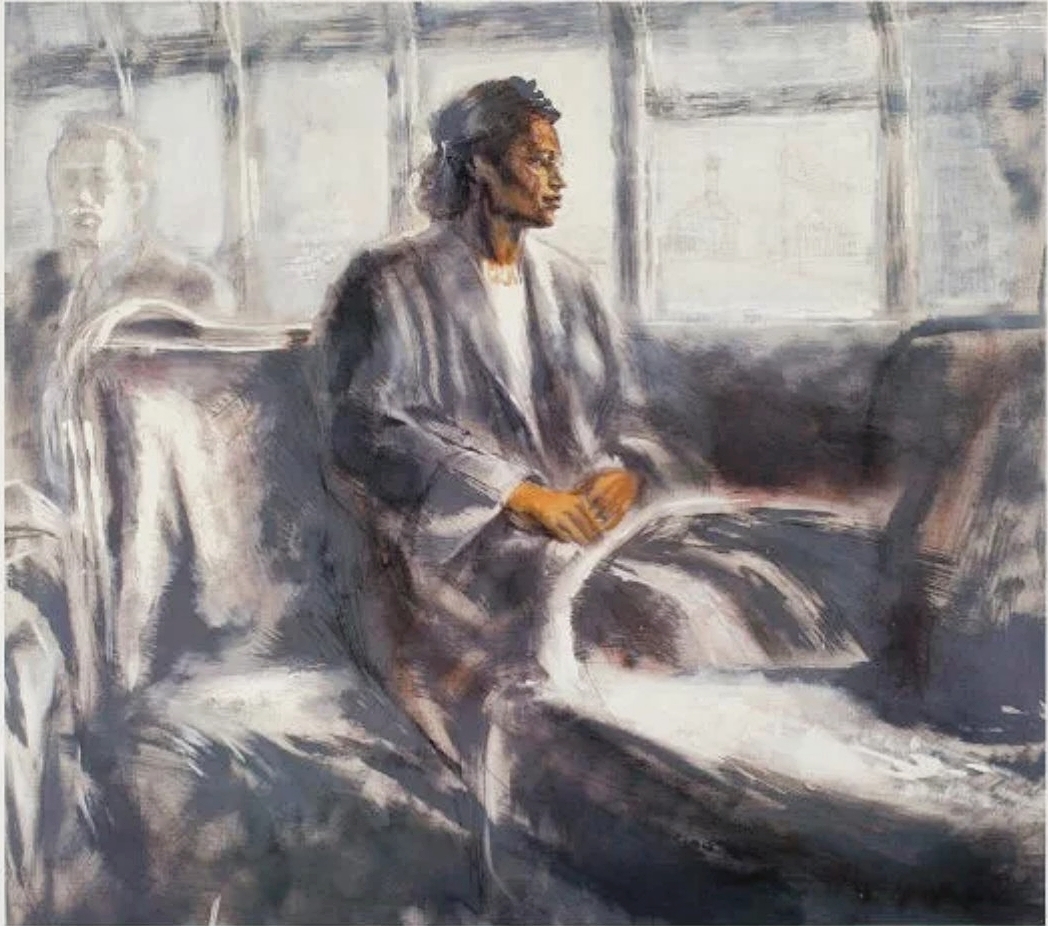 The nationally acclaimed painter and sculptor also has works in the U.S. Capitol, National Portrait Gallery, Wright Museum in Detroit and the Rosa Parks Memorial Library in Montgomery, Ala.

Lane plans to attend tomorrow's exhibit opening from 6-9 p.m. at the gallery, 2439 Fourth St., just north of downtown). The public is invited, with registration requested.

Multimedia works featuring Parks are on view through Oct. 23 as part of Detroit Month of Design programs celebrating creativty. The centerpiece is "Steps Toward Justice," a sculpture of Parks ascending courthouse steps in Montgomery, Ala., in 1956 -- with real steps behind the statue to let visitors connect with Parks and her journey, and reflect on their own climbs.

The gallery also displays paintings, sculptures, drawings, prints, historic photos and a replica of the Congressional Medal of Honor for Parks that Lane crafted in 1999 for presentation by President Bill Clinton. Sketches, ceramic molds and clay models show Lane's design process, "exploring the ways in which she channels her personal experience/inspiration to the viewer through art," the gallery says.

In a presentation there on Sept. 25 at 2 p.m., art historian Deborah Lubera Kawsky of Plymouth will discuss Lane's civil rights imagery and the role of artists as instruments of social justice. Kawsky has been an adjunct art professor since 2013 at Madonna University in Livonia. 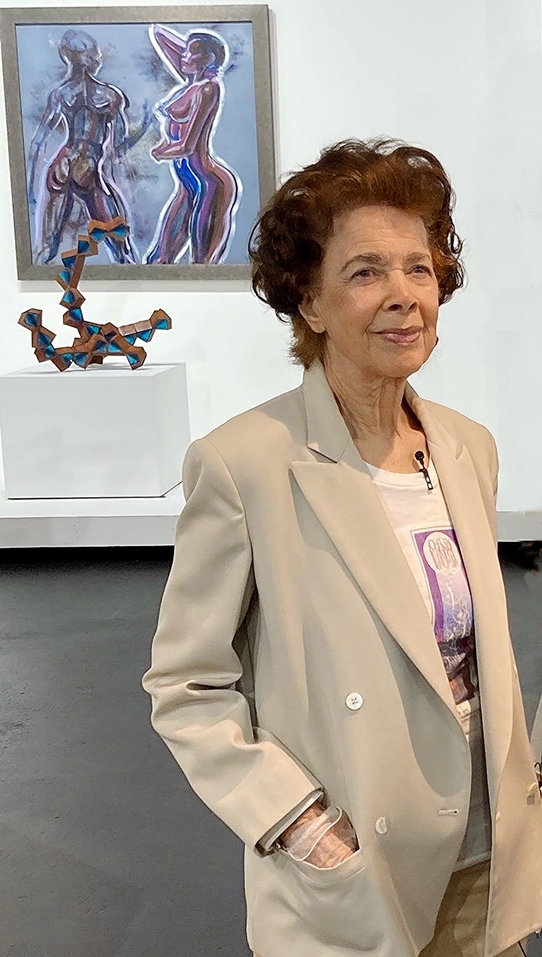 Lane is from an Ontario community largely populated by the descendants of U.S. slaves who fled to Canada on the Underground Railroad in the first half of the 19th Century. Her family moved to Ann Arbor when she was a child, and Lane later attended Cranbrook Academy of Art in Bloomfield Hills.

She created a bronze bust of Sojourner Truth, commissioned by the National Congress of Black Women, that was unveiled in 2009 by First Lady Michelle Obama in Emancipation Hall at the Capitol Visitor Center, where it's the building's first statue of an African-American woman.

Photos of works on view

Congressional Medal of Honor presented in 1999 by President Bill Clinton 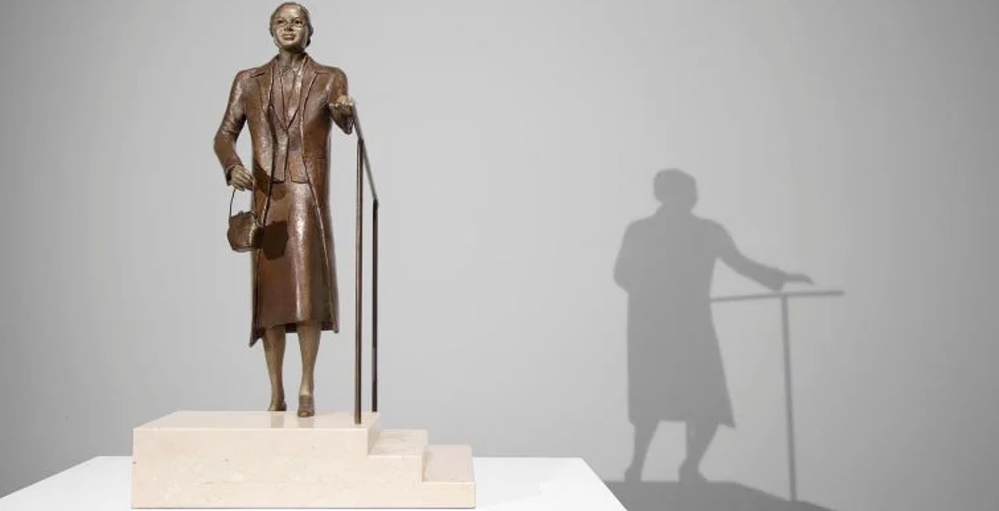 "Steps Toward Justice" is the exhibition's centerpiece.