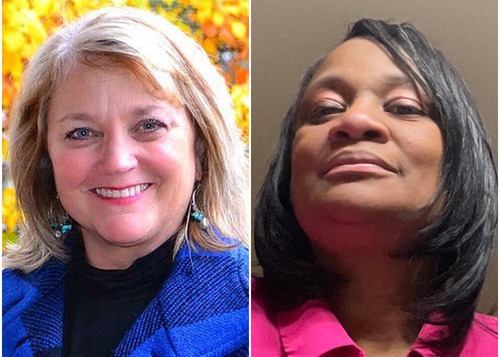 A Black Detroit lawyer is accusing a west Michigan judge of racism after she says she was denied a request to appear via Zoom and her client, a young black man, was dealt an unfair punishment at a hearing suggested for the Martin Luther King, Jr. holiday.

Longtime attorney Lillian Diallo says she cited complications from ongoing breast cancer treatments in asking to appear via video before Michigan 20th Circuit Court Judge Karen Jongekrijg Miedema in early January. The court denied the request — forcing her to drive nearly six hours to Grand Haven and back while she says she was nauseous and on the verge of passing out — but allowed a white male attorney to video-conference in for a different case the same day. Diallo said she tested positive for Covid several days later.

The court’s administrator would not specify why the man was granted permission and Diallo was not, but indicated he had a medical issue.

Diallo was there to represent Quamae Meadows, a 23-year-old Pontiac resident who she told Miedma had been on the “straight and narrow” until he was last March caught in Allendale Township with fake IDs and a credit and gift card that didn’t belong to him. He was charged with possession with intent to deliver counterfeit state identifications and two counts of stealing/retaining a financial transaction device without consent.

At his Jan. 10 sentencing, Miedema, a former assistant county prosecutor elected judge in 2016, cut Meadows no break on the charges. That’s even though prosecutors had given Meadows the option to plead guilty to one felony that would stay on his record, or three felonies with Holmes Youthful Trainee Act (HTYA) consideration — a law that allows criminal penalties for young, first-time offenders to disappear so long as they successfully complete their sentence. Miedema denied HYTA and gave him two years probation.

“So this young Black guy has three felonies now, when he could have had just one,” a blind-sided Diallo told the judge. “There's no parity … I've been doing this 23 years … I have never seen anything like this.

No financial loss was reported by the people whose cards he had and Meadows told the judge the situation was an isolated incident “not reflective of my character” and that “I don't expect ever being in any type of trouble for anything like this ever again.” Still, Miedema said he didn’t deserve to earn back a clean record in part because he’d allegedly been unwilling to confess to his crime at first. The woman who got a hold of his wallet told investigators he’d asked her not to call the police, Miedema said. Meadows was also accused of initially saying someone else must have put the credit and gift card in it.

“You were not a hundred percent honest and if people want HYTA they need to come forward, admit their guilt, and you did not do that,” Miedema told Meadows.

Diallo is appealing the conviction and plans to file a grievance against the judge with the Michigan Judicial Tenure Commission, alleging she violated the American Disabilities Act and failed to be fair and impartial.

“I have never seen such overt contempt directed at me,” Diallo later wrote to the court administrator. “It was almost like a gotcha moment where the client is suffering irreparable harm.”

She added that later, while in the probation area, white court staff were “mocking and celebrating the behavior and treatment of myself and my client.”

The court, for its part, “strongly denies that racism was a factor in any decisions related to this case or others,” court administrator Susan Franklin said in a statement.

Miedema, she said, tried to schedule sentencing on Martin Luther King, Jr. Day because the holiday happens to be one of several the “court recognizes, but does not close for, so that we can continue to provide service to people who may have that day off of work.” Diallo alleges the move was “cloaked in symbolic racism.”

The court can also decide how it complies with a pandemic-era order that Michigan trial courts use Zoom “to the greatest extent possible.” With the exception of one person, the administrator said everyone was required to physically appear on both of Meadows’ hearing dates.