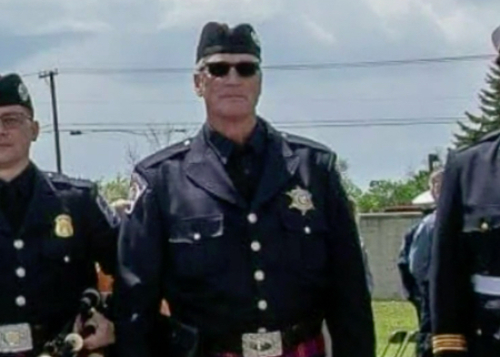 An Air Force veteran and pro-law enforcement bagpiper whose car was recently stolen in Corktown is hoping the perp will help restore his skirl by St. Patrick's Day.

Brian Leslie, a retired lieutenant colonel now with the St. Clair County Sheriff's Office, was in Detroit Saturday night when his 2007 Chevy Trailblazer went missing from a parking lot on Michigan Avenue, he tells WDIV.

“The car itself, if that can help somebody else, I’m all for it,” said the 63-year-old. “But If we can get the bagpipes back in our hands, we can do more for some of the other fallen police fire and soldiers and maybe bring a few more smiles to some of the people in Detroit.”

Leslie plays the pipes with Metro Detroit Police and Fire Pipe and Drums "to support the brothers and sisters that wear the blue."

He claims whoever has his pipes can drop them at any police precinct, no questions asked.