Canton residents mad over house that smells like weed; TV news is on it 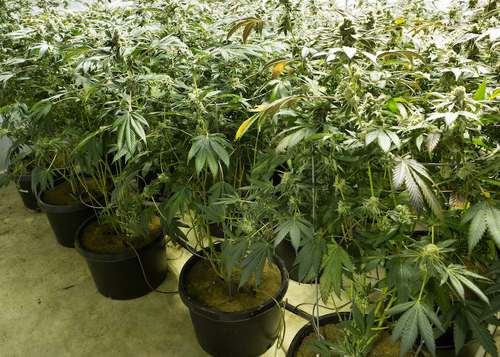 This is legal in Michigan. (Photo: DepositPhotos)

It's 2022, recreational marijuana is legal in Michigan — so much so that people over 21 can grow up to 12 plants at home — and a Canton house is in the news because it smells like weed.

OK, so the house is across from an elementary school. But what's the rationale there — that the kids are gonna get a whiff of bud and become users? They're 10 and under; why would they even know what it is?

We do sort of feel for a neighbor who says the odor is so strong it has crept into his home, but do such complaints merit news coverage?

WXYZ has the "story:"

Canton police say there has [sic] been nearly half a dozen complaints about an alleged marijuana grow operation, suggesting there is a foul and offensive odor. But, the township supervisor admits this case has more gray to it than green.

“If you’re legal and have a license to do this, who am I to tell you that you can’t," another neighbor said.

Neighbor James Mitchell said, “it’s terrible. It’s marijuana and we can smell it in our house and basement.”

The station further reports that police have warned the homeowner about the smell, "and they could be ticketed and fined if they don’t follow rules." State marijuana laws do not govern odors, but if the homeowner is a licensed medical marijuana caregiver with over 12 plants, as the story implies, they could face trouble if they fail to follow other rules, like having proper licensing.

If Canton wants to tackle smells, it could make like this Upper Peninsula town that created an ordinance to curb blooming bud scents following the state's 2018 legalization.