Give back Karen the gator, Oakland County man pleads in northern Michigan

It's cruel to separate a man from the gal he loves. Even when that gal is an alligator. 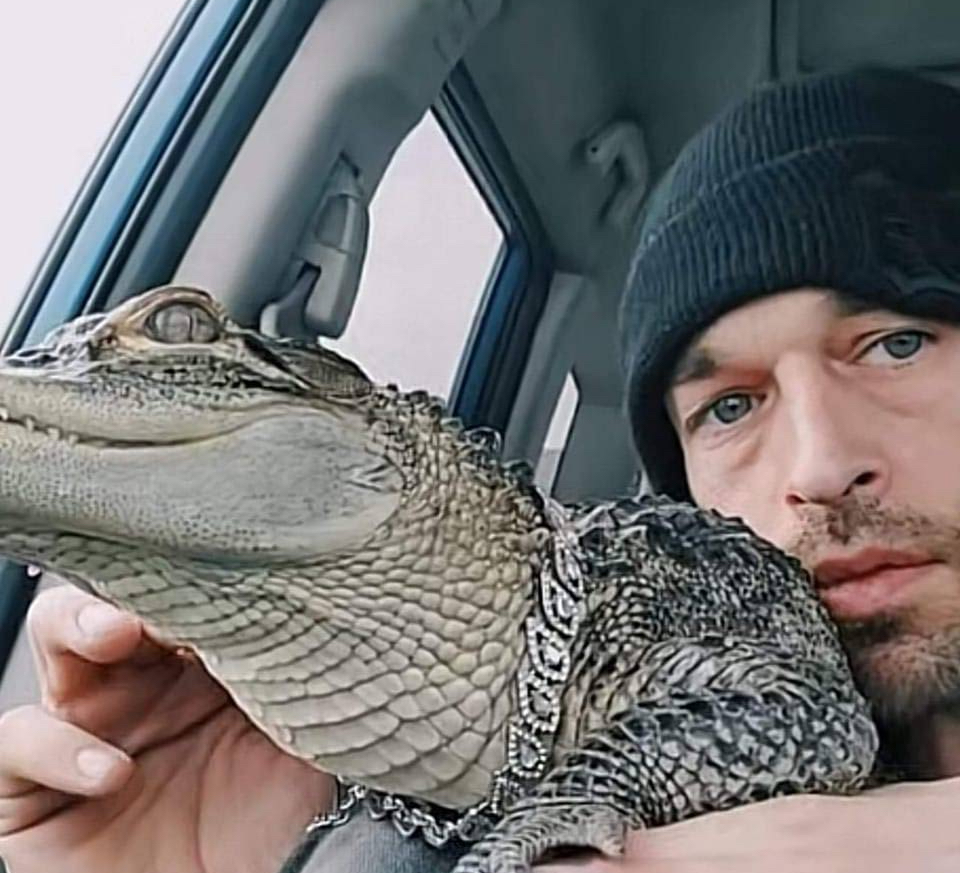 That's the crux of the day's strangest story, about a man who drove north in search of "more space," fled police, got his car stuck between two trees on a rails-to-trails thoroughfare and ended up losing his pet gator, Karen.

For 13 months, Josh Applebaum's constant companion was Karen, an alligator who loved to snuggle and follow the Oak Park native around as a puppy would, he said.

Until 10 days ago, they had rarely been apart. But after a run-in with the law in northern Michigan, Applebaum may need court intervention for a reunion.

The accompanying photo of Karen wearing a sparkly necklace, from Applebaum's Facebook page, says it all. But we digress.

Apparently Applebaum was up north, somewhere in Lake County, having traveled there to look for a place to relocate. (Maybe for Karen? The story doesn't say.) He and Karen were cruising at a high rate of speed on US-10 when a sheriff's office patrol sergeant tried to pull them over. Applebaum, who "has several arrest warrants from another jurisdiction," opted to flee. No word on whether Karen was wearing her necklace and hissing from the passenger seat, "Run, Josh! These north-country bumpkins will never understand!"

A "brief chase" ensued, but ended on the aforementioned rails-to-trails byway in Webber Township. In a sign the cops seem to see the absurdity in all this, a press release they issued notes:

Applebaum went to jail for the night, while Karen was taken to Cicchelli Second Chance Rescue and Exotics in Lake City. The rescue is refusing to release her to Applebaum because he "failed to identify her among other gators at the site."

And if you're waiting for this part, here it is: Applebaum and Karen are a hit, of sorts, on TikTok, where they have "thousands of followers," he said.

There's more, including another comic scene at the rescue, but we don't want to steal the whole thing from the News. Go read it.