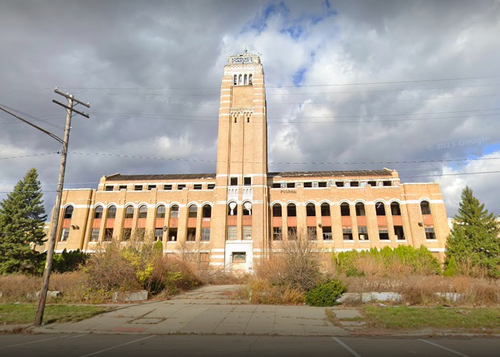 Detroit City Council awarded a developer $33 million in tax incentives this week despite objections from activists who urged it tie the funds to a community benefits requirement.

These projects falling through the cracks are "disappointing" and "means that we probably do need to revisit the process," Linda Campbell, senior director of activist group Detroit People's Platform, tells Axios.

The community benefits ordinance was narrowly approved by city voters in 2016 over a grassroots proposal that would have triggered benefits at developments valued at as little as $15 million. Some of the Council's six new members have said they wish to revisit it.

AMC isn't the first major project to avoid a full community benefits deal because it fell below the threshold.

• A $48 million development on the east side that demolished the old Cadillac Stamping Plant for a new auto supplier factory promising hundreds of jobs.
• A $50 million Corktown hotel that agreed to voluntarily make some commitments despite not meeting the threshold.

Separately, the $400 million Amazon development on the former Michigan State Fairgrounds escaped because it didn't take city tax incentives, though a coalition that included neighboring residents alleged in an unsuccessful lawsuit that the city undervalued the land it sold the company.

As for AMC, the city has welcomed its redevelopment. The large complex at Plymouth Road near Schaefer has sat vacant since 2010.

According to The Detroit News, NorthPoint has floated two plans for the site.

The second development option would consist of one 761,000-square-foot building for warehouse or light assembly industrial tenants.