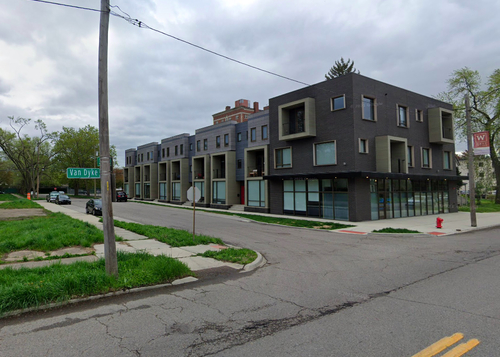 The original Coe on Van Dyke. A second development is planned across the street.

You might want to bust out the popcorn for this east-side development beef brought to you by Crain's' Kirk Pinho.

The real estate reporter describes an "ugly — and personal" battle over a planned West Village apartment and townhome building by Clifford Brown, who also developed the neighborhood's Coe apartments in 2017.

Opponents complain his Coe II is too big, disrupts the neighborhood's character and involves tearing down two old homes in a historic district — one of which residents say would-be buyers were unable to access because the Detroit Land Bank Authority unfairly held it for Brown.

Pinho provides counterpoints to the NIMBY arguments, but we're not here for an earnest land-use debate. Here's the drama, which, unsurprisingly, involves old-home lover and HGTV host Nicole Curtis:

One resident opposing the development has sent repeated text messages to the developer, Clifford Brown, including one that mocked his weight and the clothes he wears. After what Brown said in one day's exchange was a text message every 15 minutes for more than eight hours, he threatened to take out a personal protection order against the sender.

And the opposition group is not slowing down, recruiting Curtis, the Metro Detroit native who is active in Detroit home restoration, and her considerable social media megaphone — she has more than 300,000 Instagram followers and 1 million on Facebook — into the fold.

A couple of months after I reported that Brown's plan involved tearing down a pair of run-down houses on Van Dyke Street near Coe Street (more on those in a little bit), a band of residents in the area led by one Parker Street homeowner became upset about the planned demolitions and began voicing other issues raised in an online petition. 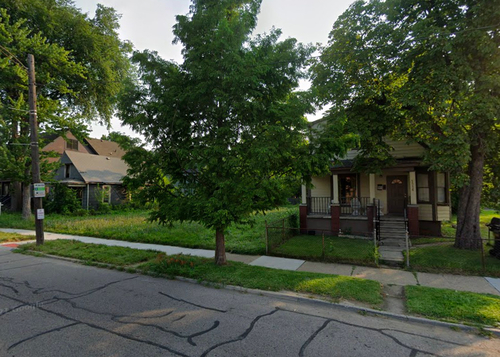 That homeowner is Amber Cecil, who says she reached out to Curtis who, in turn, "immediately was fired up." The "Rehab Addict" star confirmed for Crain's that she would "of course" get "involved" in fighting the Historic District Commission's approval of the homes' demolition.

"Honestly, what the f--- is the sense of having a historic district when you're going to sign off on demolishing houses in your historic district," she asked. "This is just a ridiculous thing that's happening all across our city, where you have historic homes that are protected, because it's in a historic neighborhood, and we're allowing these developers to tear them down to build these God-awful nightmares.

"I'd rather have empty, mothballed buildings than this thing where we're coming in and we're absolutely demolishing our history faster than it's ever been done before, and it just sucks, to put it lightly."