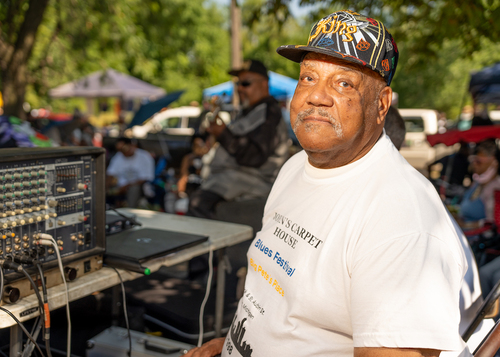 In 2015, the last time Deadline Detroit wrote about John's Carpet House — a weekly, donation-based picnic and blues concert on otherwise vacant land in Detroit's East Poletown neighborhood — organizer "Big Pete" Barrow was struggling to pay fines and meet demands imposed on him by the city of Detroit. Since then, things seem to have reached a peaceable détente — a peace evidenced by the remarkable growth in the size of the beloved event since.

John's Carpet House began across the street from its current location, at the home of late drummer and junkman John Estes. When Deadline last visited, the crowd primarily encompassed a single lot at the corner of Frederick and St. Aubin streets, where vendors sold chicken wings and barbecued ribs from small grilles and makeshift stands, or cans of beer from coolers and car trunks. Now, these long-time vendors compete with a fleet of well-appointed food trucks and impromptu bars selling mixed drinks. For several blocks east, merchants hawk cheap sunglasses and locally-made clothes rivaling those sold at any of the proliferating, better-resourced suburban summer festivals — and at least some suburbanites are starting to notice.

"We're getting a lot of whites out there now," said Barrow. "People were out there last week from West Bloomfield ... the rest of them, I don't know where they come from. They just pop up."

Deadline spoke to Barrow about these and other changes since 2015, and why he thinks the event, held every Sunday from 3:30-9 p.m., has gotten so big.

"It's one of the only places that you're gonna find free blues, a nice atmosphere," he said. "We have a hell of an entertainment out there."

The following has been edited and condensed for clarity. 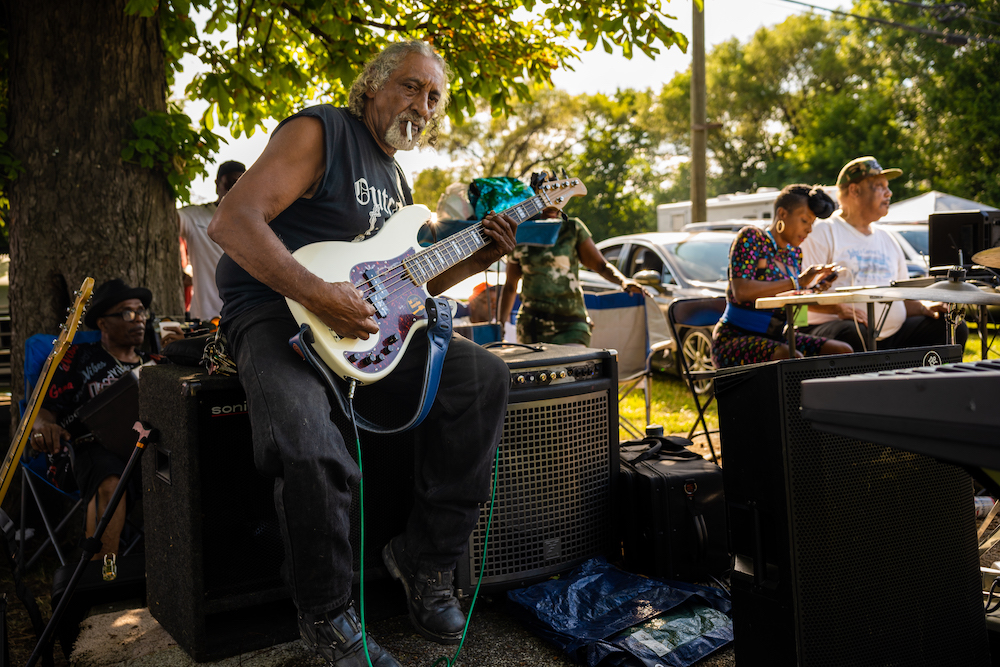 So what's been going on at the Carpet House? Any major changes since we've last spoken?

Man, let me tell you something. It's gotten to be so big, there's now so much trash over there (after each performance) — that's the biggest headache I had. And there's a man that's — I'm gonna give him some type of award or something, he won't take no money or nothing — his name is John Barta, B-A-R-T-A. He's in charge of that Michigan Ecology. He's seen the trash all piling up on the other side of the street. So (Barta) said, "Is there anything I can do to help?" I said, "I don't know, there's a guy that's going to bring me two big, black drums (for trash collection), but we can't handle all the garbage. Barta told me — now he's in charge of that big factory behind me, where they get rid of all type of waste and everything — he said, "I'm gonna bring you out about eight or 10 55-gallon drums." I said, "OK, well that'll really help me."

So he brought them out the next week and we filled all them drums up and we still had boocoos of garbage. Now he's up to 25 drums he's bringing me. And we spread 'em all up and down Farnsworth, all up and down St. Aubin. And he don't want to take no money, plus he's disposing of all those big black drums. He has his people come pick it up, free of charge. I'm gonna give him a plaque or something. But I want to make sure he gets credit for what he's doing out there. If it weren't for him, we'd have to shut down, because we couldn't handle the garbage alone. 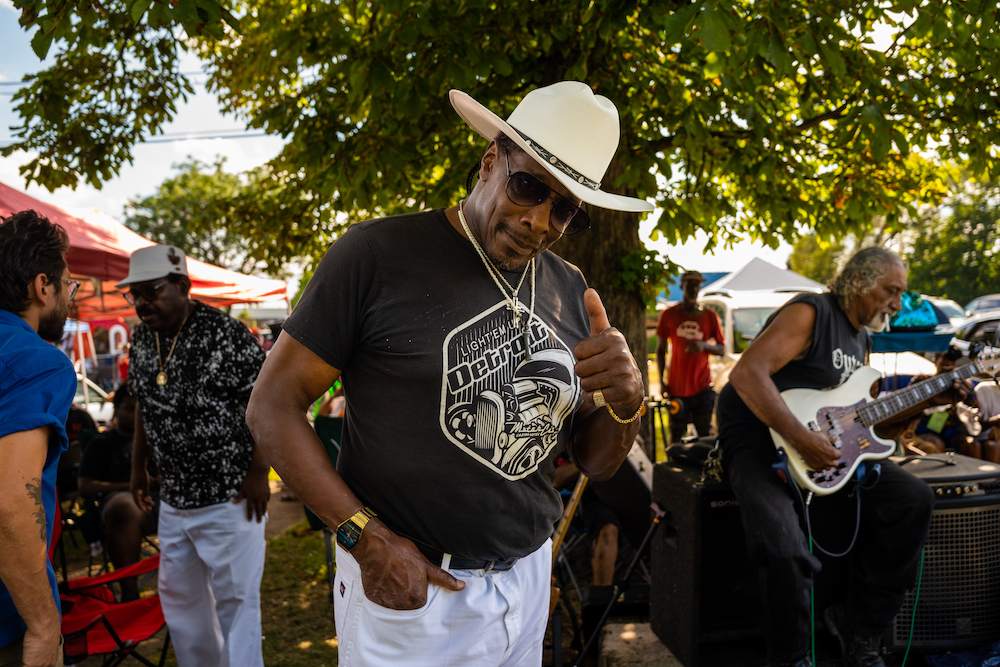 Amazing. And how has your relationship with the city evolved? The last time we spoke, city officials were giving you a hard time about some licensing and safety issues, hitting you with tickets and fines.

I ain't had no problem with the city (since then). Everything's been running smooth with the city. I tried to get the city to do something with these people parking in the alley, and the city won't come out and enforce that, won't clear out the alley. And that's the biggest problem I have now. I think that's the 7th Precinct, and I've reached out to them. They say they don't have time for stuff like that, they say they're so busy. 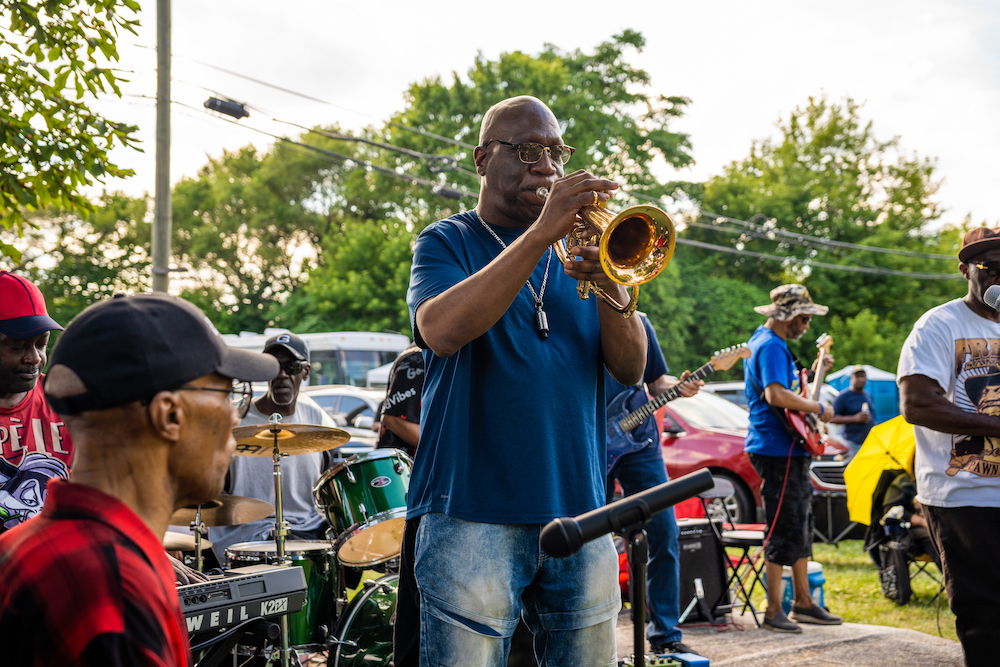 What ideally do you want from the city? Do you want their help?

I don't want nothing from the city. I'd like the alleys cleared out, I would have loved for them to pick up the trash like they do from Belle Isle or Chandler Park or whatever, but I know that ain't gonna happen, so I just let it go just like it is.

Why do you think the event has gotten so big?

Because we have a heck of a show, and it's free. You know, we do our little "ducat in the bucket" (a 5-gallon collection bucket passed around the crowd for donations each week), and that's what we do. If they don't contribute out there — that's what makes it possible to keep doing what we're doing.

They ain't going to Belle Isle because there's a curfew, and they're not gonna get the entertainment, nothing like that anywhere else. There's nowhere else in the city they can come down there and do as they please where I'm at. And that's what contributes to the growth of the crowd out there. 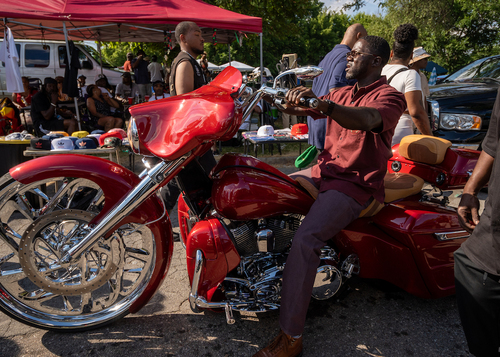 Have bigger crowds meant the bucket is getting fuller?

Has bigger meant different at all? Is the crowd changing?

Well, we're getting a lot of whites out there now. I don't know if you saw — we're getting whites, and there's some Japanese that be over there just about every week. And we still get a few people coming out of Canada, out of Windsor. Bloomfield, West Bloomfield, people were out there last week from West Bloomfield, and they introduced themselves to me. And the rest of them, I don't know where they come from. They just pop up. I guess they done heard, and they come out. 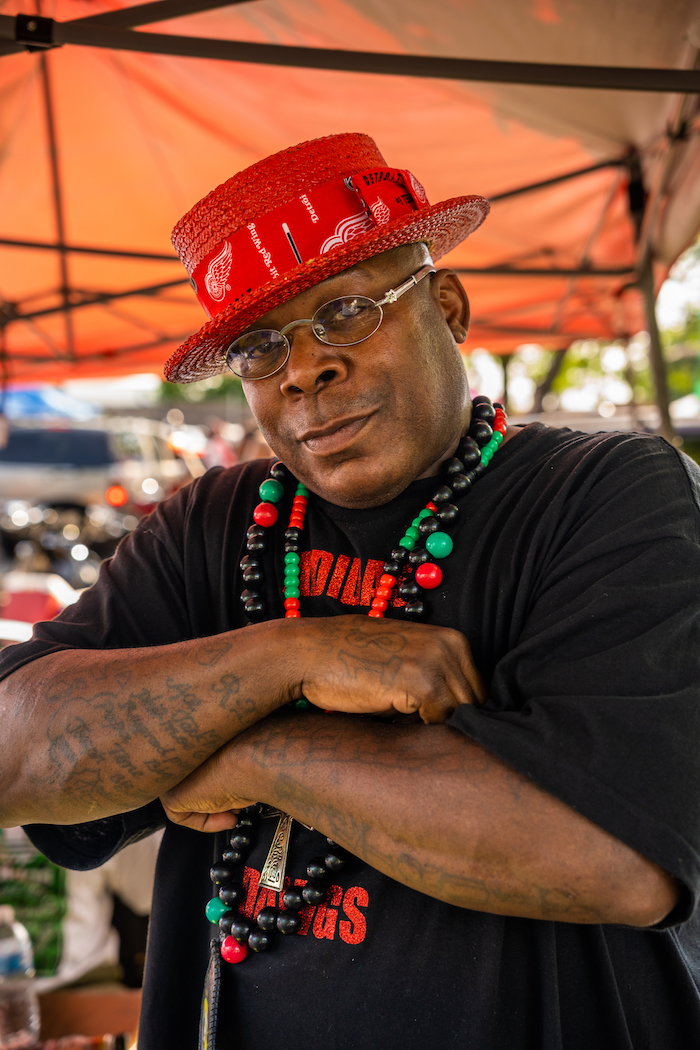 How do you feel about that?

Well, I'll put it like this here: One thing about when whites come in, they put money in the bucket. That should answer your question. A lot of us, they come for the entertainment, and if you get a dollar out of us, be glad to get that. So, you know, it is what it is. And they don't have to be afraid when they come out there. Like I said, we don't have no mess out there. I tell people, leave that dumb stuff at home, and we ain't had no problems. And Elbow, he's in charge of my security. He's a big guy, wears a cowboy hat. He hangs around the stage all the time — he's in charge of security.

It looks like there are a lot more vendors out there too.

Oh, they're everywhere. We got vendors out on a two-block radius, all the way around. Not just on my block, on Farnsworth, Kirby, and on the other side of DuBois. That's not my area. That's Recovery Park. The guy I've got cleaning up, I pay him, and he's got a helper, I pay them, and they try to pick up a lot of stuff. And Recovery Park will send a couple guys out, and they'll help with clean up but only on their area. 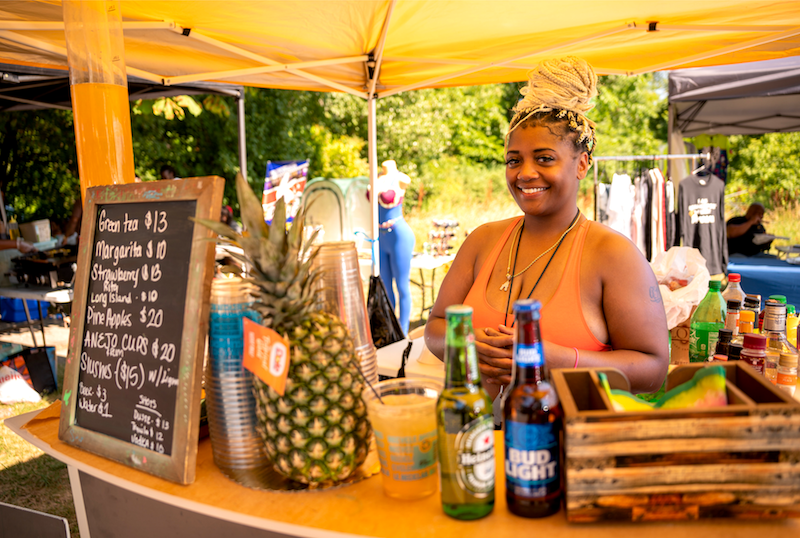 How many more years do you think you have left out there?

Monday is my birthday, the fourth of July. I'll be 79. And to be honest, it takes a lot out of me, being out there in that sun and dealing with some of these people, so I can't even say. I play it by ear, one year at a time. I been out there a long time. 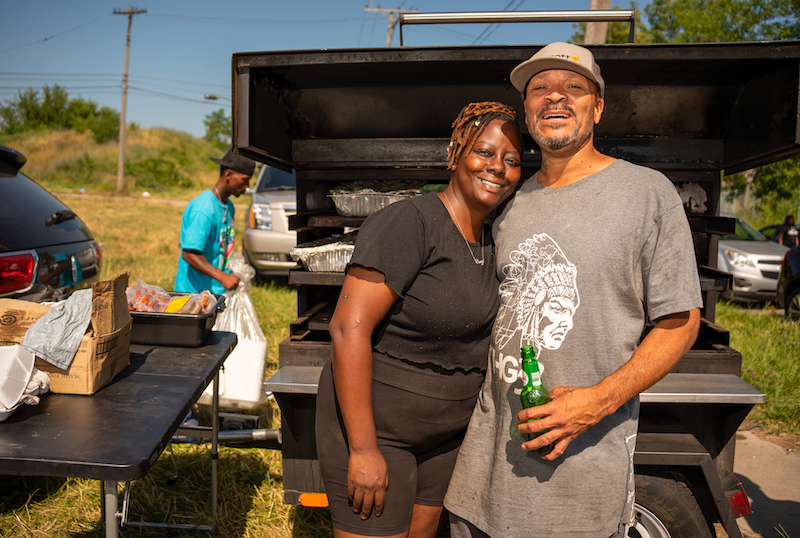 Now, if I count with John (Estes), it'll be about 23, 24 years. And if I count where we at right now (across the street from Estes's former home), about 18 years, something like that.

Is this the biggest it's ever been?

Yeah, and it's only getting bigger.