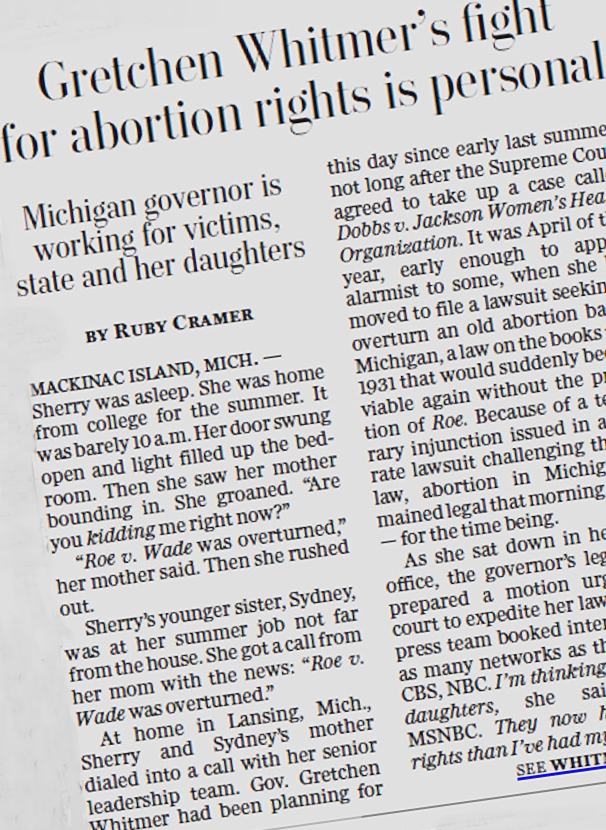 Gretchen Whitmer and her college-attending daughters give a Washington Post writer unusual access to a family discussion about abortion rights, sexual orientation and staying in Michigan.

Six days after the Supreme Court ruling June 24 that reversed the nearly half-century-old Roe v. Wade decision, the governor and her offspring -- Sherry, 20, and Sydney, 18 -- sat with Ruby Cramer at the governor's state-owned home on Mackinac Island for "conversations [that] were different, more immediate and personal" than previously. 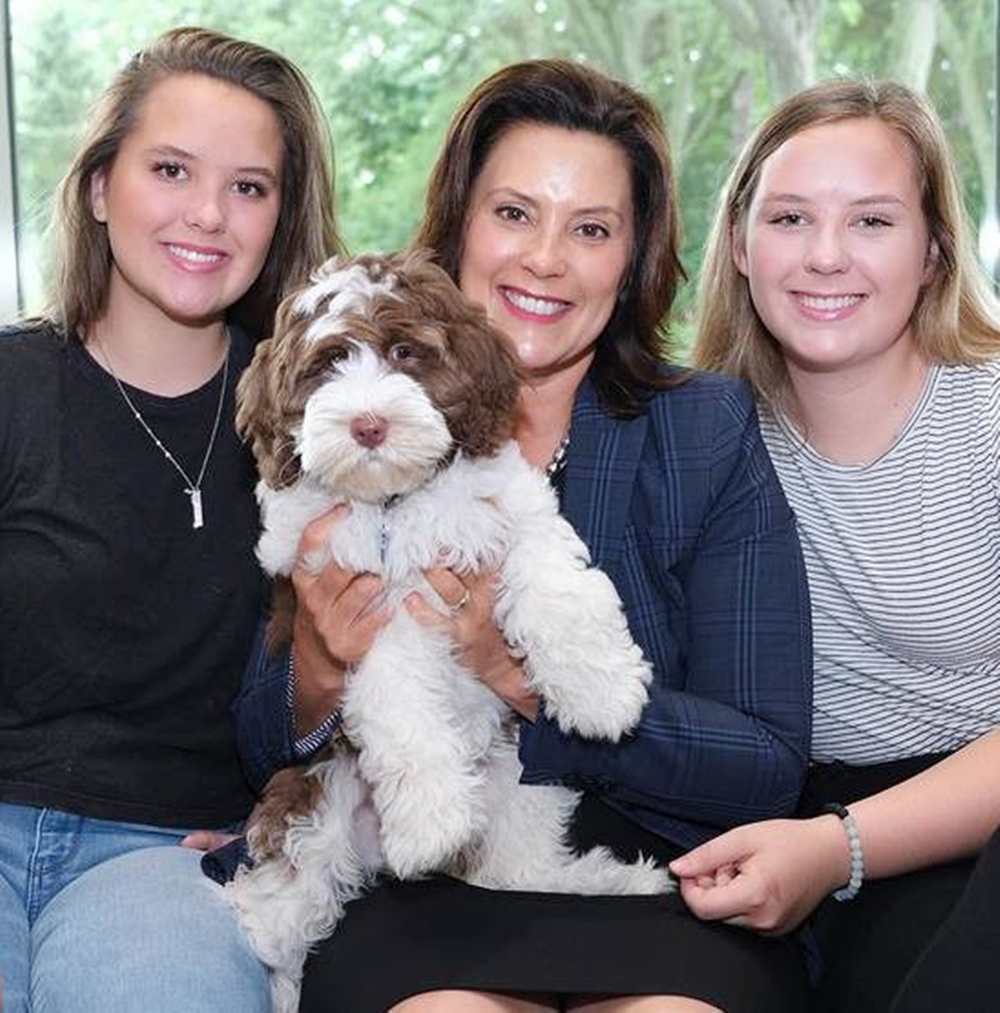 Sherry, Gretchen and Sydney Whitmer in 2019 with Kevin, an Aussiedoodle. (Photo: Governor's office)

The Page One article Sunday presents a campaign-year profile of the Michigan leader's public and private roles:

Whitmer was leading one of the nation’s most precarious political and legal battles over reproductive health care. ... But she was also a mother to two young women, navigating the consequences of America's new reality inside her own home. When she talked about abortion access, Whitmer was also talking to and about her daughters.

... The girls are close, with birthdays only 19 months apart. Both are students at the University of Michigan. They’d had difficult conversations with their mother before. They were 11 and 10 years old when, amid a fight over abortion in the state legislature, Whitmer first decided to publicly share the story of how she’d been raped as a freshman at Michigan State University, in 1989. ...

Sherry and Sydney have grown up with a active shooter protocols and the threat of political violence. Now, sitting on the porch overlooking the Straits of Mackinac, Whitmer heard the girls consider possibilities that frightened her.

She also heard something she knew, but didn't expect her eldest daughter to tell a reporter.

Sherry said she had changed her mind about the birth control. She thought no at first, because she didn't need it, really.

"To be fair, I was hesitant because I am gay," she said. The risk of unwanted pregnancy "is not a thing that's on my mind all the time."

Sherry is out to family and friends but not on "the national scene," as her mom puts it. ... She recently told the family she was ready to share [her sexual orientation] in public, too, though Whitmer didn't know she was going to do it here on the island.

The girls' stepdad, recently retired dentist Marc Mallory, was in the three-story house but didn't join the porch interview. 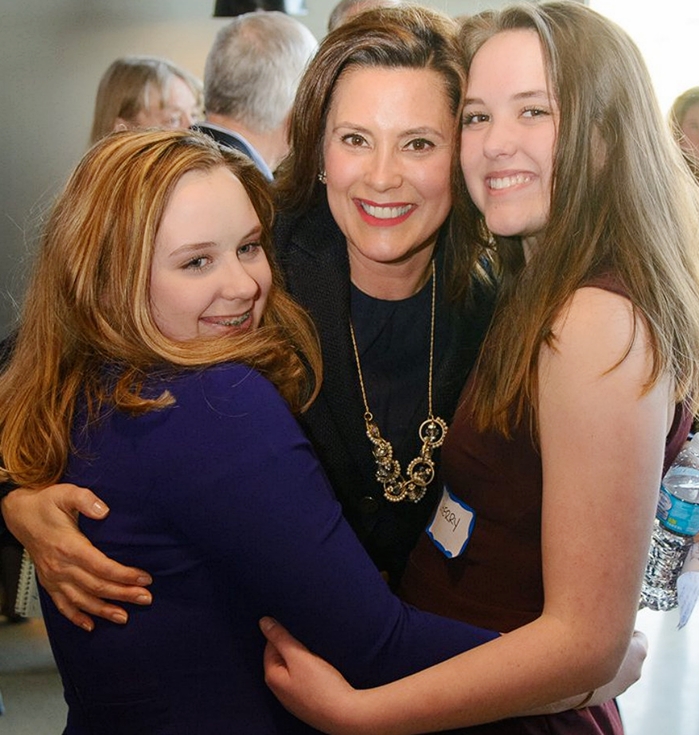 The governor with Sydney, left, and Sherry in 2017. (Photo: Twitter)

Sherry Whitmer worries that the legality of same-sex marriage also may be at risk, based on a possible Supreme Court review suggested by Justice Clarence Thomas in his opinion concurring with the recent abortion decision.

The Whitmer family has been in Michigan for five generations. But if her daughters don’t have the same choices — if they don’t have full reproductive rights, the governor said; if Sherry doesn’t have full marriage rights, she said — they will probably settle their lives elsewhere. ...

"I want to be here with you," Sherry said to her mother. "I would be really sad if I couldn't — if I would have to make that choice."

Seated between the two girls, Whitmer put an arm around each daughter. ... "As a parent — not as a governor — I would encourage them to go where they can live their fullest, truest lives."