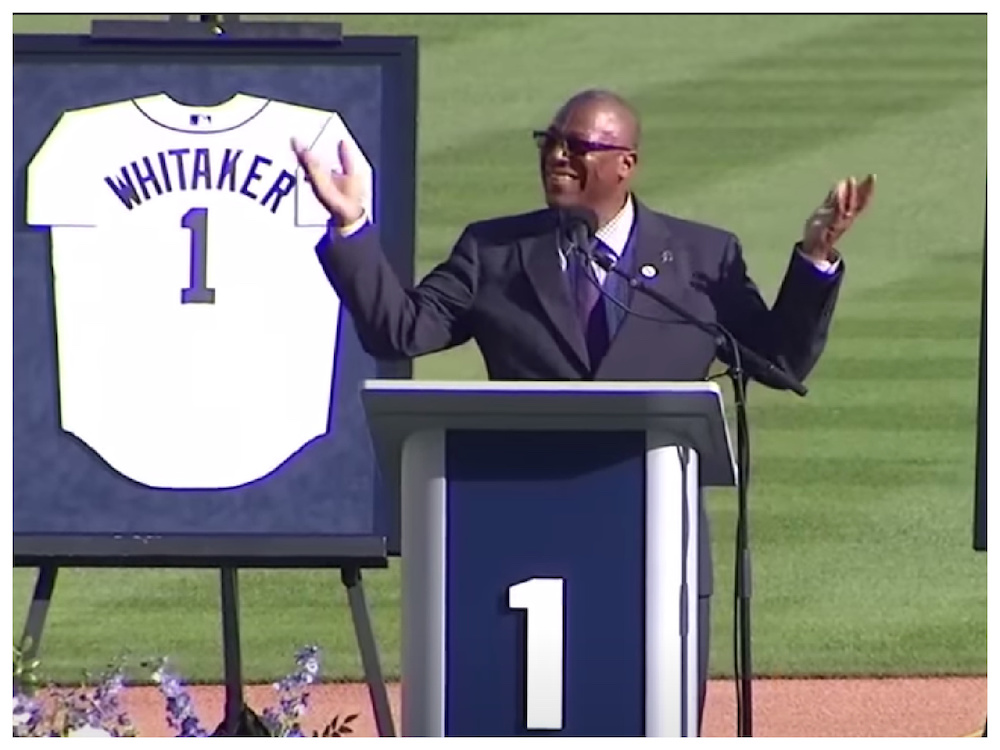 "Today, we are going to give Lou the love and respect that he truly deserves," said Trammell, who along with Whitaker, became known for their double-play combination.Trammell played short stop and Whitaker, second base.

Trammell was inducted into the Baseball Hall of Fame in 2018. Whitaker has yet to be, which has bothered Trammell.

The ceremony included the unveiling of Whitaker's number on the left field wall, along with remarks from Tiger legends.