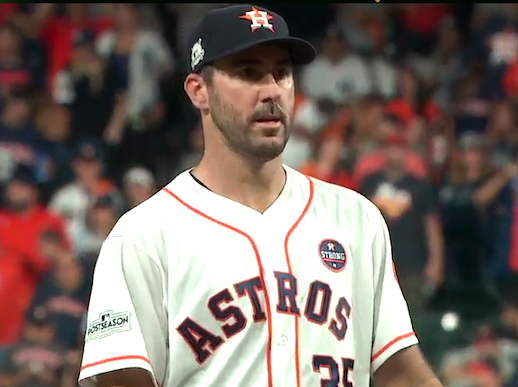 Justin Verlander, 39, remains one of the best pitchers in baseball, five years after the Tigers traded him to the Houston Astros.

Veteran sports writer Jerry Green, who has been around a long long time, writes a Detroit News column headlined: "Why the Tigers' trade of Justin Verlander was a swindle, the worst in 98 years."

It was almost midnight when the swindle occurred, a sorry half decade ago. But the pain and the mirth remain. Pain if you’re from Detroit.  Mirth and joyous mockery if you’re from Houston. This was the Great Verlander Swindle  baseball’s worst player deal in 98 years.

Major League Baseball franchises have swapped with each other over the last century-plus with results beneficial or disastrous (or in between) from the time the Red Sox convinced the Yankees to accept Babe Ruth. Hundreds of trades, thousands more rumored, never consummated.

Then, in the dark night of Aug. 31, 2017, the Astros cajoled the Tigers into trading them Justin Verlander. The transaction just beat the then-waiver trade deadline.

In the interim between then and now, Verlander contributed mightily to one World Series championship (previously tainted), a third career no-hitter and this month nearly a fourth, and more playoffs, a favorite for another pennant.